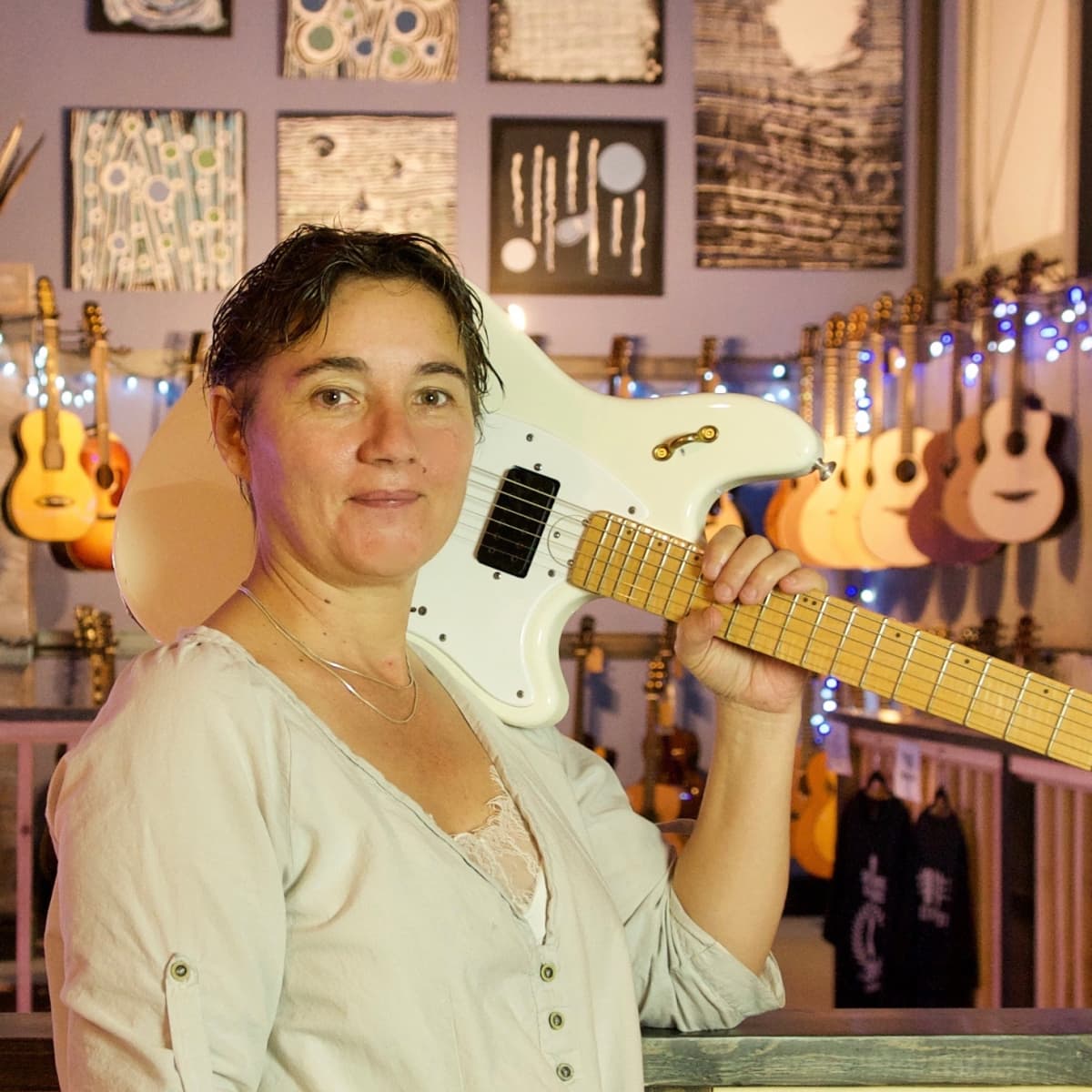 Raised on Neil, Joni & Leonard, Jenn weaned herself onto Phantom of the Paradise as one of the 10-year-old Winnipeg kids obsessed with repeated theatre viewings of that most brilliant rock opera horror comedy musical film, leaving Jenn with a genre-bending musical voraciousness still hungry to this day. Jenn became a Phantom Impresario at numerous venues thereafter: Stage West, The Sidetrack Cafe, Joe King Ball Park, The Winspear Centre and ultimately, her very own Paradise, Bluedog Guitars.

Guitars That Followed Her Home: 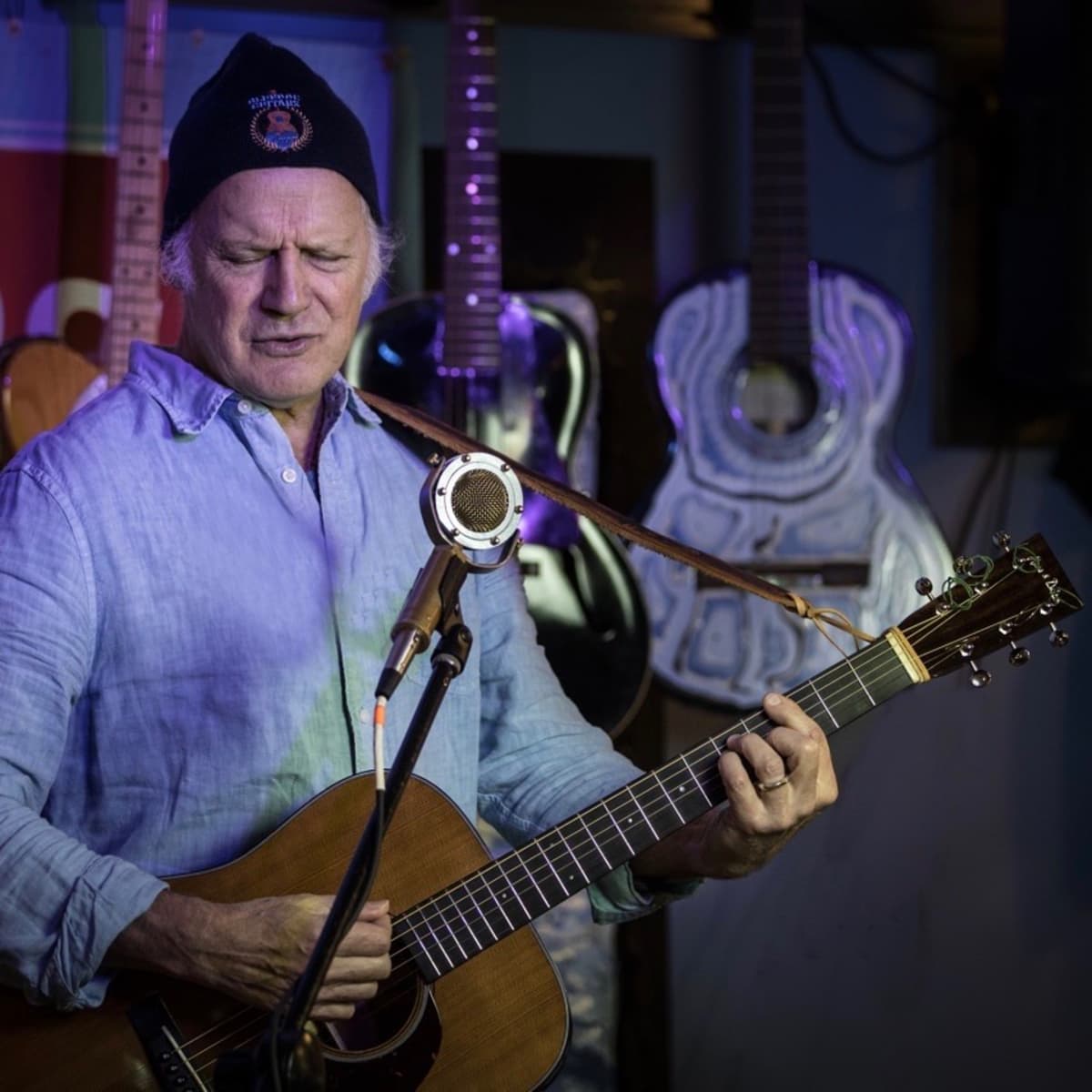 Having cut his teeth playing polkas in rural Alberta, Paul spent way too many years inventing PrimitiveSax and Wrangellianing on Hornby Island before falling off a boat in Shanghai where he played Mongolian Folk Fusion till his visa expired. Upon returning to Canada, he re-connected with his Phantom and thus, Bluedog was born.

Guitars That Followed Him Home: 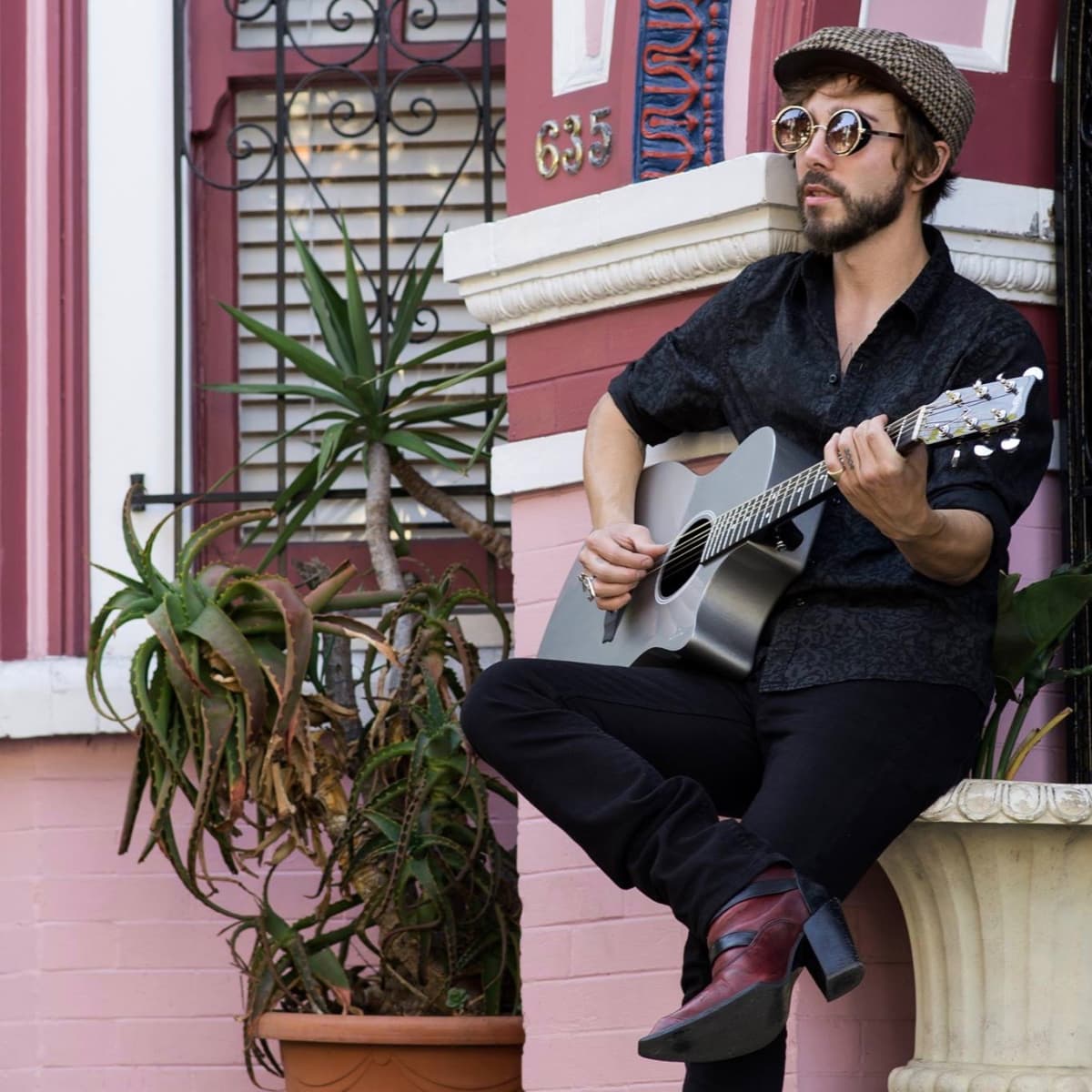 At the age of three, Dylan gained notoriety on Hornby Island when he hitchhiked solo across the Island to visit a friend. He continued his peripatetic ways until he began songwriting at a Roma Circus and Squat Community in Barcelona, La Makabra, till his mother (coincidentally the Phantom) summoned him home to attend high school. His expulsion from The Dome in Roberts Creek and a hiatus from his pursuit of Permaculture landed Dylan squarely on the doorstep of Bluedog.

Guitars That Followed Him Home: 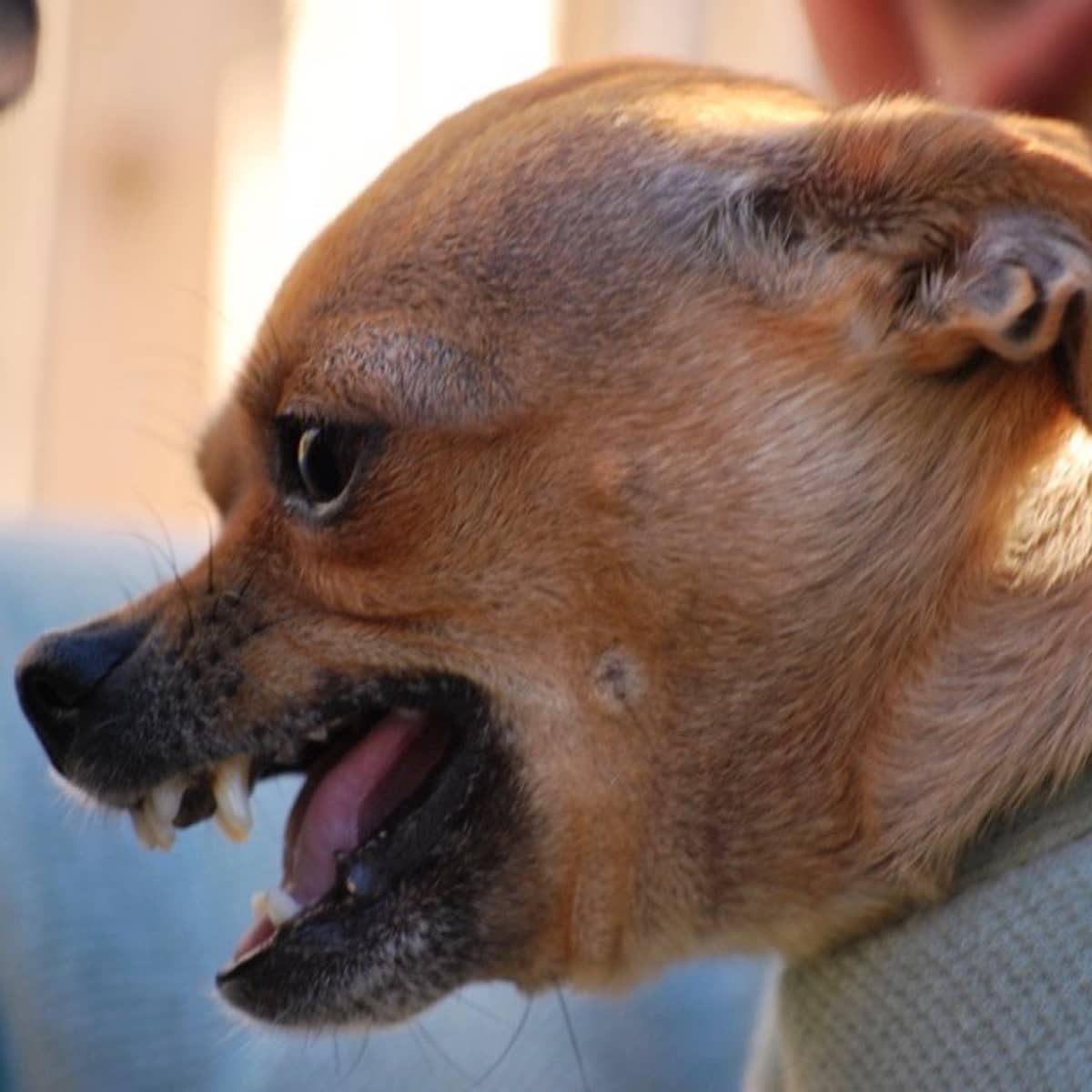 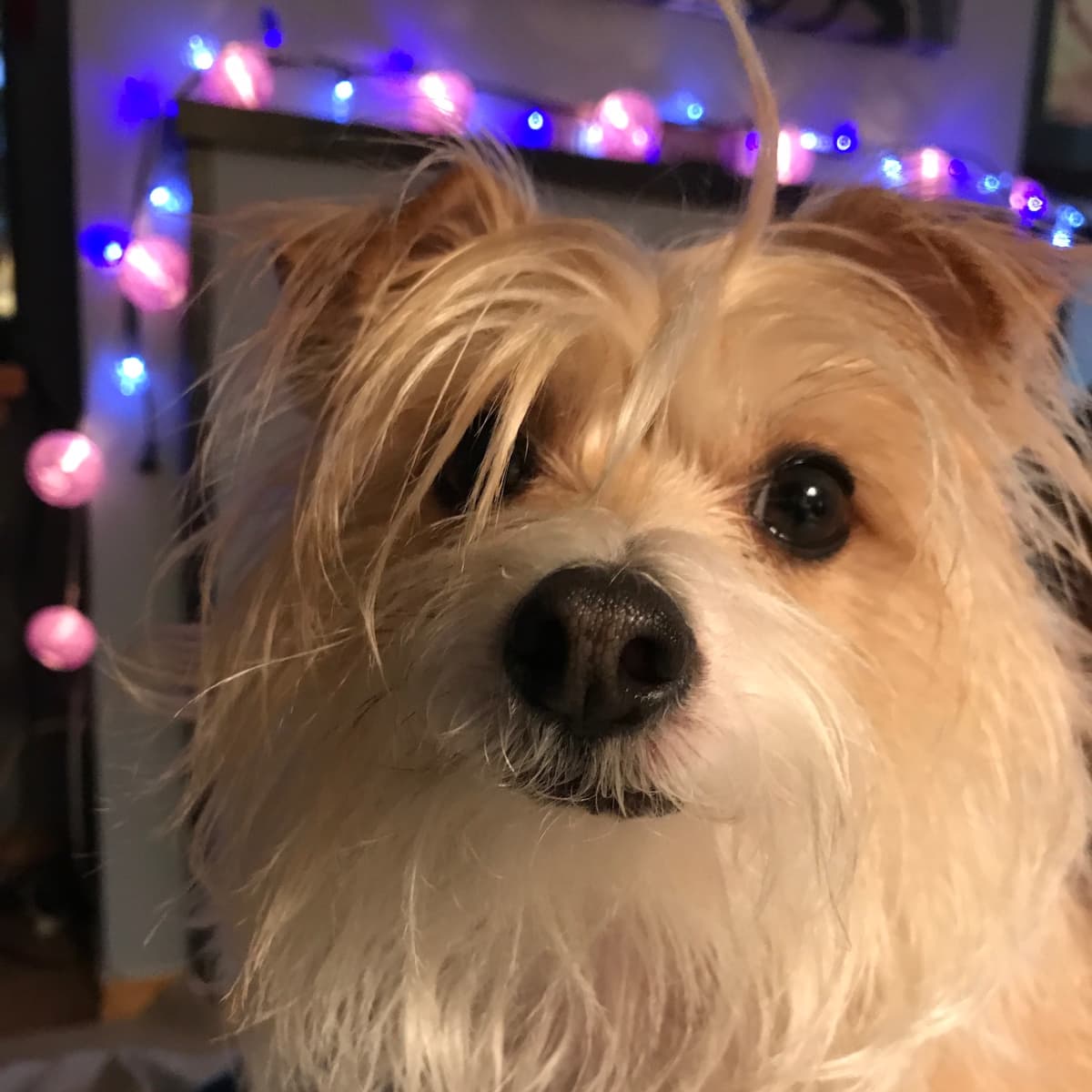 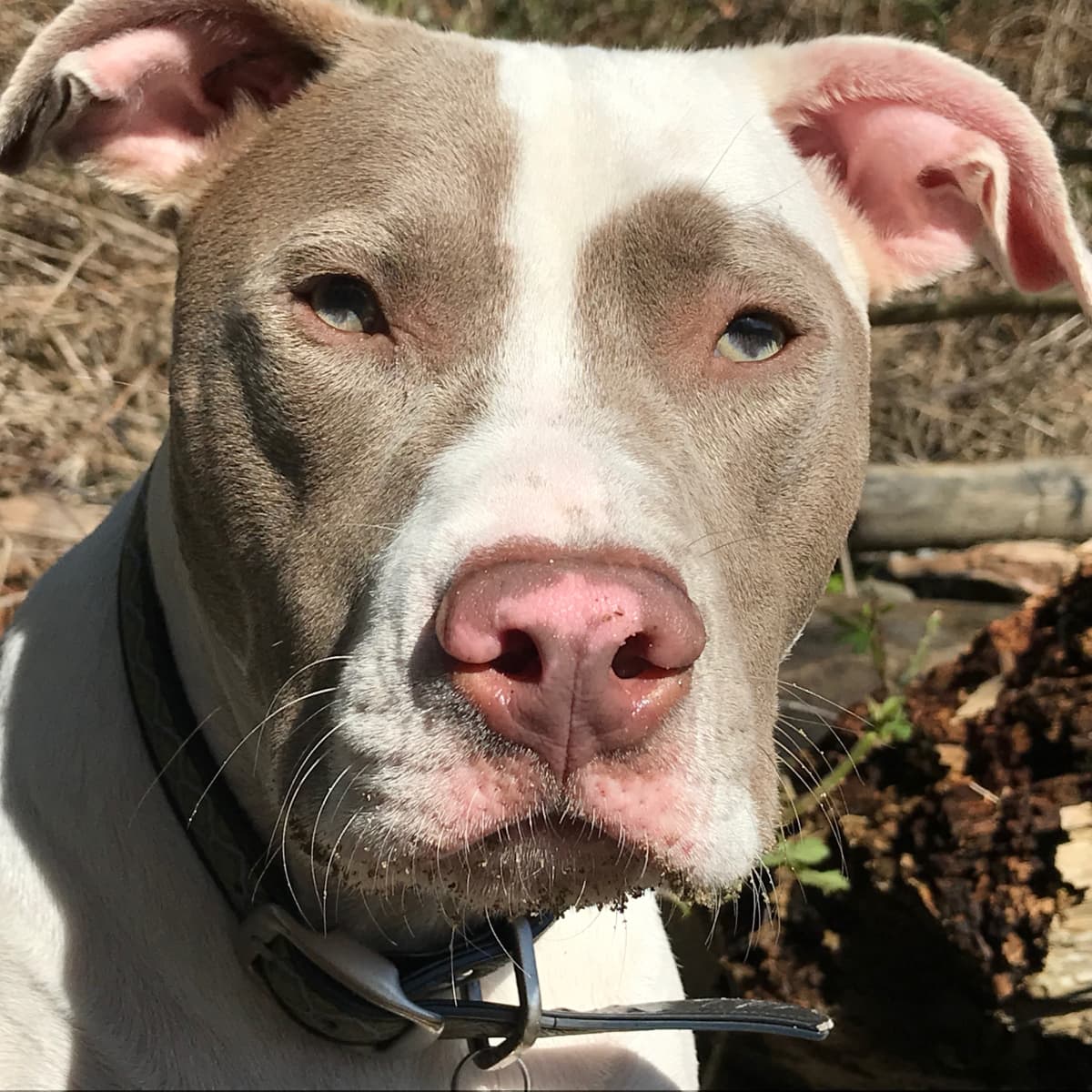 (AKA Dingleberry AKA The Hoon)
Customer Appreciation Expert